It feels like ages since I last published my last post however it’s exactly 2 weeks now that my Dad passed onto glory. It came as a complete rude shock and it was indeed the last information I was expecting to receive on that fateful morning. I cried my eyes out and didn’t speak to anyone even my husband for hours. I just basically went into a form of shock, trying to get my head around what I was just told. For me, this means I don’t have any parent anymore and this only intensified the grief at that point. 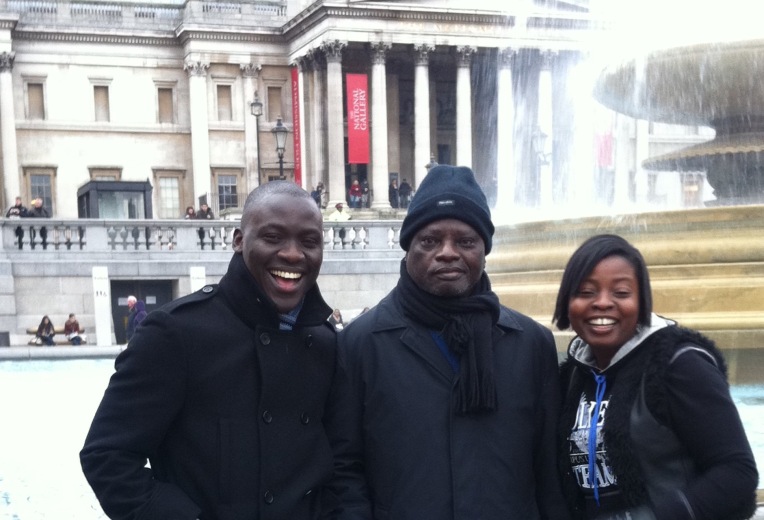 You see, I don’t live in the same country as my Dad and being almost 30 weeks pregnant at the time, I knew there was no way I would be allowed to take a trip down to my home country for the burial to pay my last respects and say my final goodbye. This was painful to acknowledge and I remembered he asked me when he called to wish me a Happy Birthday in August of the time when I was going to pay him a visit and I said to him that we shall soon arrange for him to visit us {my eldest sister and her family live in the same country as I do with my family}. All these thoughts and the wonderful memories my Dad helped create from when I was growing up till he walked me down the aisle to be married filled my mind and I just couldn’t stop the tears from flowing.

I remembered all the moral, financial, emotional and spiritual support he gave me till I left home to start my own family and even after getting married, he never stopped asking after my husband and his granddaughter who happens to share the same birthdate with him. It has indeed been a sad time, but I’m determined to celebrate his life well spent though short.

Here are some special virtues I would always remember about and that I learned from my Dad;

His selflessness – he constantly put others ahead of himself and put other people’s challenges on himself.

His generosity – he would never pass by someone in need and he always reached out to anyone, known to him or not, who require his help and support.

His determination to see his children well educated and well supported – my dear Dad supported me from when I got into kindergarten at age 3 till when I got my Master’s degree at age 29. This he did not just for only me but all of my siblings. It wasn’t that he was so rich that he could afford it all the time, but he made sure he worked very hard to give each of us a legacy that can never be taken from us.

His way with people – when I was still very young, I thought there was no one my Dad didn’t know until I realized much later that he just had a way of relating with people and getting them to be his friends quickly. He respected all and sundry and never look down on anyone even his employees loved working with him and saw him more than their employer. I would definitely award him the most accommodating person I have known till date, not because he was my father but because I have not known anyone else who will take people in despite his own issues and challenges.

His great outlook on life – my Dad was someone who didn’t take life too seriously. I have seen him when experiencing different events in life and he has always had a positive outlook no matter what. He never complained about issues but just gets on with what he was required to do.

I could go on and on about what a special Dad I had, but words alone are not enough to thank him for all he did. It has not been an easy 2 weeks, but God has been my strength. Though we would never see again, I would forever cherish the memories of him and most especially be appreciative to God for giving me the best Dad in the whole wide world.

To everyone out there who may have just lost a loved one or who has lost a loved one, I encourage you to celebrate the great life they’ve lived and yes, it would be painful to know you won’t see them again but choose not to let the impact they’ve made fade in the grief but take the baton of virtues they have passed on and live a life of influence too.

Any information given in relation to health, nutrition or any other subject on this site is for information and guidance purposes only and not to be taken as a form of prescription, diagnosis or any other medical advice or alternative.